In 1993, in conjunction with the Biennale Musica di Venezia, the Archives presented a seminar on Luigi Nono’s compositions of the 1950’s, on its own premisses. The Archives have been organizing yearly seminars or symposia in collaboration with the Fondazione Giorgio Cini Venezia since 1997. La nuova ricerca sull’opera di Luigi Nono is the title of the symposium which took place in 1997 in which, for the most part, young scholars presented the results of their research in the  LUIGI NONO ARCHIVES. A publication followed containing the papers read on that occasion (Leo S. Olschki, publisher, 1999, ISBN 8822246977). In 1998, there was a seminar on Difficulties in Performing A floresta é jovem e cheja de vida (1966), which brought the original performers who had worked with Luigi Nono together with prospective future performers. The results were incorporated in the new printed score by Casa Ricordi and in a performance of the work in September 1998, organized by Milano Musica.

Since 1996, as part of the curriculum of the University of Venice Ca’ Foscari, the Luigi Nono Archives have been offering a course on the subject of the History of Recorded Music. 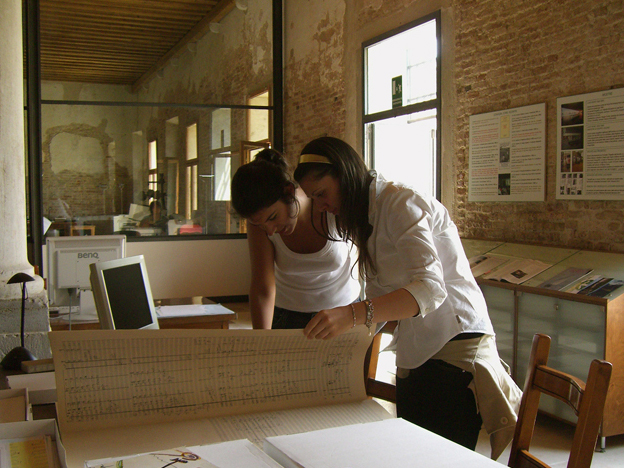 Since 1993 numerous scholars from all over Europe have consulted the holdings of the Archives, resulting in more than 20 research publications. An equal number of works is currently in preparation involving scholars from Europe, USA and Canada.
Scroll to top